We all—the ones who participate in foreign trade—are all aware that telecommunications regulatory bodies play a significant role in foreign trade as a non-tariff regulation instrument. But aside from that, to our surprise, they also began to function as a tariff barrier, i.e. started to fill up the budget. 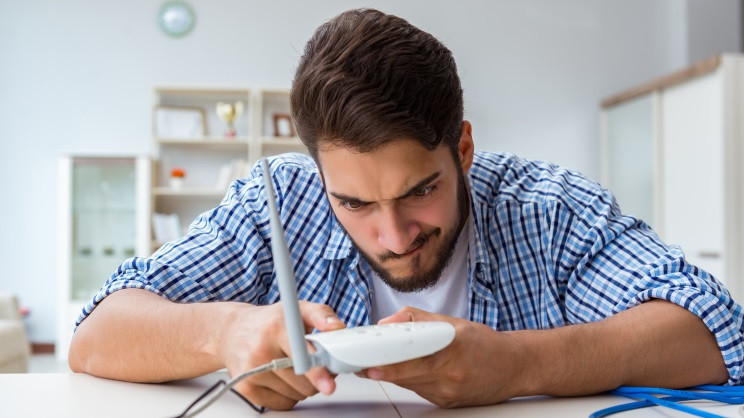 Currently, radio frequency regulation is mainly delegated between two organizations: Roscomnadzor and GRFC. Roscomnadzor issues permits that allow importing radio equipment temporarily for tests, exhibits and demonstrations, as well as maintains a register of REIs (HFDs) that can be imported into Russia. The GRFC in turn checks whether radio devices comply with Russian standards and, particularly, conducts device emission measurements. But it has not always been that way.

Until 2015, importation of radio equipment required a Radio Frequency Center (RFC) finding (abrogated predecessor of the GRFC) that could be obtained with a documentary assessment of product specifications. Sample testing was only necessary to import HFDs, but even in this case it was possible to conduct radio measurements and make a test report at a private testing laboratory that has an applicable accreditation certificate.

Since each federal district had at least one RFC branch and there was some sort of competition between them, the quality of the radio regulation service could be considered moderate enough. For instance, there even was an official way to speed up the conformance assessment procedure for an extra cost, which is essential to foreign traders who suffer significant losses from every additional day of using a temporary storage warehouse.

After that, however, MinComSvyaz enacted decree No. 118 that made the radio measurements procedure obligatory not only for importation of HFDs, but also for REIs. Competition among the RFC branches was eliminated—they were merged into a unified radio frequency center with rigid vertical management and same prices. At the same time, private testing laboratories lost a right to test HFDs, even though they had accreditation.

Therefore, the GRFC acquired an exclusive right to test REIs and HFDs, that is, it basically became a monopolist in its field. At this moment all private testing laboratories, which invested their money into purchasing measuring equipment and employing radio engineers, were left with nothing. Well, formally they had accreditation certificates required to test REIs and HFDs, but de facto it was impossible to make use of them because the GFRC no longer accepted test reports from external laboratories.

The result was not slow to arrive, and the “reform” of the radio frequency regulation service led to an enormous growth of costs related to importing radio equipment. The GRFC immediately increased the prices of both documentary assessment and laboratory testing of REIs and HFDs. The irony of the whole situation is that the GRFC did not even have all technical means necessary to test HFDs. Until the required measuring equipment was purchased, applicants avoided sample testing by providing a letter with HFD technical specifications signed by a manufacturing company representative. It goes without saying that decree of MinComSvyaz No. 118 did not allow replacing real measurements with such letters as an option.

It is fair to say that the importation procedure did become simpler for some radio devices. There appeared a list of REIs and HFDs that could be imported without any permits from the radio frequency service. The list of exemptions included household induction and microwave ovens, devices with Wi-Fi, Bluetooth and NFC, wireless microphones, radio-controlled models, etc. However, this easing was brought into existence with the enactment of the Eurasian Economic Commission’s decision No. 30 and can hardly be attributed to MinComSvyaz.

Another problem is concerned with transparency and public access to radio measurements pricing methodology. As a result, testing identical REIs can be priced differently from time to time.

One more GRFC’s requirement, which is not contained in any legal act, forces applicants to make a prepayment for testing all parameters defined for a given type of REI. Depending on the applicable regulations, the number of parameters can vary from 4 to 15, whereas technical capabilities only allow to measure up to 6 parameters. After the testing is complete, recalculation takes place and the applicant receives back the money for parameters that were not actually measured.

The point of recalculations is not clear, but for foreign traders they cause a lot of trouble. For example, testing a smartphone with Wi-Fi, Bluetooth, NFC, RFID and LTE after recalculation costs 150 thousand rubles, but first it will be necessary to pay around 300 thousand rubles—a significant sum for those who import goods in small batches.

Not long ago, Roscomnadzor introduced another novelty. Its general idea is that now an application for temporary importation of test samples must include details of agreements with the testing laboratory, that is, the GRFC. Before that, the GRFC would offer to conclude the agreement after receiving an application for testing radio equipment. But since this application must reference a permit for temporary importation, the applicant now has to make a separate request for concluding an agreement and apply to Roscomnadzor only when it has been processed.

All this allows us to conclude that nowadays the radio frequency service does not serve its primary purpose—regulating the use of radio spectrum and aiding in normal co-functioning of radio devices to prevent them from creating inadequate interference levels for one another. Further bureaucratization of radio equipment importation procedure, regular pricing policy reconsideration and monopolization of the wireless transmission systems market suggest that the radio frequency service is more concerned about filling up the budget at foreign traders’ expense and creating administrative barriers for foreign manufacturers that wish to enter the Russian market of radio equipment, which will undoubtedly reflect both on the quality and prices of telecommunications services for end consumers.